Apols for potentially leaving you floundering this week. Here’s a collection of the latest videos that you simply must see to be in the know, and to keep your finger firmly on the pop pulse… 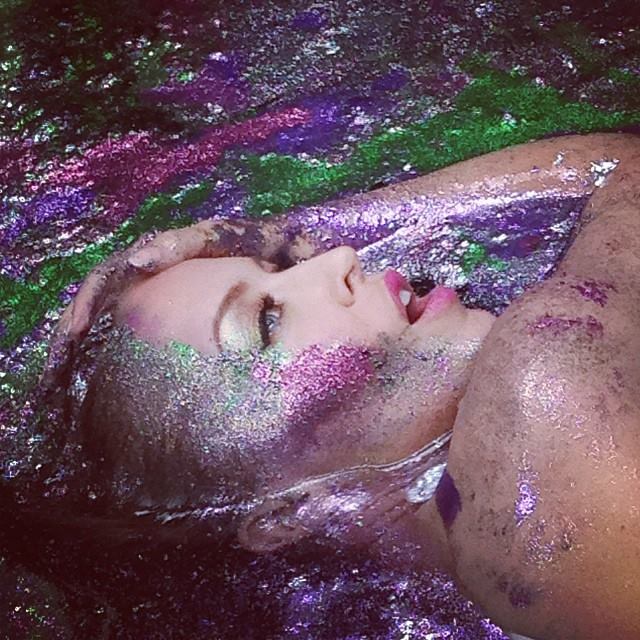 *Kylie Minogue has teamed up with Laura Pausini on the track ‘Limpido‘ (Translation: Clear) which appears on the Italian’s forthcoming retrospective. The video clip features a series of extravagant shots in particular those involving a sea of glitter.

*Gabrielle is releasing a new collection titled ‘Now & Always: 20 Years Of Dreaming‘ on 25th November. It features seven new tracks one of which is a reworked version of the incredible classic ‘Dreams’ which has been produced by Naughty Boy. The track is a gorgeously beautiful piano led number with the trademark grandly orchestral eerie yet uplifting undertones and the results are stunning and captivating.

*Lissie releases her second studio album ‘Back To Forever‘ on Monday and can be streamed via the Telegraph here. The album’s third release ‘Sleepwalking’ is a breezy radio-friendly number that is insanely catchy due to it’s driven rhythm guitar and showcases Lissie’s sun-kissed vocal rather beautifully. The video shows a series of sleepwalkers as Lissie performs the track to camera.

As an aside, Amazon Music are giving away a free three track live EP and which is available here.

*Manic Street Preachers have revealed the video for their forthcoming single ‘Anthem For A Lost Cause’ which is taken from their recently released album ‘Rewind The Film‘. The clip is a bittersweet visual that depicts the Welsh mining situation of the 80’s and has strong political overtones matched with an unfortunate but realistic and typical scene of the consequences felt by those within the communities at the time.

*Eliza Doolittle’s album ‘In Your Hands‘ is released on Monday – ahead of it’s release comes a special video for the title track directed by Rankin in connection with HungerTV. The video sees Eliza sing the heartbreakingly painful narrative with the hand written lyrics overlaid as she delivers them which in turns creates a powerful visual that is gorgeously simple.

*Lady GaGa has unveiled a lyric video for the ‘ARTPOP’ opening album track ‘Aura’. The track is a Zedd production, whilst the visual is a tie-in with GaGa’s upcoming film ‘Machete Kills’.

*Janelle Monáe has filmed a video for her collaboration with Miguel which serves a the third release from her incredible album ‘The Electric Lady‘. ‘PrimeTime’ is a “love story based on the early adventures of Cindi Mayweather (Janelle Monáe) and her first love Joey Vice (Miguel.) The Emotion Picture gives a glimpse at Cindi’s humble beginnings as a “cyber-server” at the Electric Sheep nightclub, a syn bar serving high-class “show droids” to the rich and lonely in a dangerous section of Metropolis known as Slop City. Incidentally, the innovative cybersoul music played at the club directly impacted Cindi, and she began singing and performing her own innovative compositions a short time after quitting this assignment. In addition, Cindi became determined to change the public perception of what an electric lady could be, dream and aspire to after working in the dismal conditions at the club.” Blimey, so there you are, you’re now in the know!

*Nicole Scherzinger has joined pop crossover violinist David Garrett to provide vocals on a track ‘Io Ti Penso Amore’ which is to appear on his forthcoming album ‘Garrett vs. Paganini’. The track showcases Nicole’s formidable vocal range and enables her to display the chameleon like vocal qualities she possesses so wonderfully – sheer perfection.

*Mutya Keisha Siobhan have covered Lorde’s single ‘Royal‘ for Reload Sessions. The trio also performed a new track of their own titled ‘No Regrets‘ as well as an acoustic reworking of the gorgeous and sublime ‘Caught In A Moment‘ which is absolutely astounding – ah, those harmonies and Siobhan – simply wondrous. All three performances are within the video playlist below.

*Toni Braxton and Babyface have unveiled the video for ‘Hurt You‘, the first single from their upcoming record ‘Love, Marriage, Divorce’. The seductive visual is directed by Ray Kay (Cheryl Cole, Britney Spears, Cher) and shows the two singers in opposing rooms breaking down the walls, the barriers keeping them apart. A classy video for a brilliantly conceived concept record.