Here’s some pop related stuff that has occurred this week… 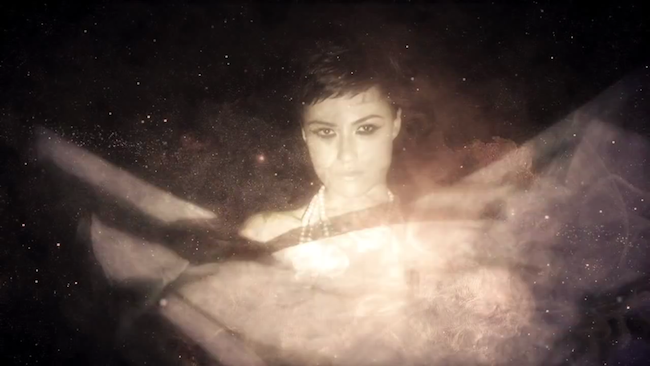 *Gabriella Cilmi is to play a series of live dates in March 2014 to support her third studio offering ‘The Sting‘ which is released on 11th November.

*Oh Land’s third album ‘Wishbone‘ is available physically in the UK this week (previously only available as a download). The album is full of diverging sounds, concepts and ideas and is an intriguing and exuberant pier of work and an entirely boundless listen…

*The extraordinary Michelle Williams has recorded a new version of her single ‘If We Had Your Eyes‘. The remix features vocals from the supreme Fantasia and the pair sync rather beautifully together.

*The visionary goddess Dawn Richard has shared a track from the vaults with fans. Titled ‘Fade’, the track hears Dawn pondering about the one that got away whilst the rumbling clash of sounds and styles produces a sweetly melancholic note that is elevated by Dawn’s sincere and heartfelt delivery. Absolutely stunning…

*Say Lou Lou release their glorious new single ‘Better In The Dark‘ on 16th December. Also featured on the release is another new track, ‘Beloved’, which is another rousingly moody and atmospheric number that explores the heartbreaking and niggling doubts, the longing and loneliness that can be felt within a relationship. Essentially exquisite.

*Tegan & Sara have contributed a new track titled ‘Shudder To Think’ to the soundtrack for motion picture ‘Dallas Buyers Club’. The track is a lively upbeat, eighties inflated synth pop gem with an instantly catchy sing-a-long chorus that will induce an extreme desire to do the very best nerdy-geek dancing!

*Another fortnight, another pair of new tracks from the delightful Elle King. ‘Dollar $igns’ is a gentle, tongue-in-cheek ode that explores how some people arrive at gold digger status.

Whilst, ‘Settle Down Little Heart’ speaks of the impatience of the hearts wishes and desires and calms them with offerings and positive affirmation “I ain’t got much to lose, cause I ain’t got much that’s mine so I know that I’ll always be alright”.

*Lady GaGa has unveiled the fourth pre-release track from ‘ARTPOP‘ in the shape of ‘Dope’. The track offers an entirely different shade to what has been broadcast from the album prior so far. The dramatic piano led ballad, swells and utilises GaGa’s full and impressive vocal range.

*Paramore have put together a video clip for ‘Daydreaming’. The promo montage features live footage captured during their recent shows at Wembley Arena in support of their self-titled album as well as action that shows two fans ‘fans’ making their way to see the band in London.

*Mary J. Blige will release a Christmas album titled ‘A Mary Christmas’ on 25th November here in the UK. The album features twelve festive favourites with appearances from Jessie J, Marc Anthony and Barbra Streisand amongst others and is preceded by the single ‘Have Yourself A Merry Little Christmas’ which now has a video to accompany it.

*Bright Light Bright Light releases a new five track ‘In Your Care‘ EP on 25th November. The opening track, ‘An Open Heart‘ debuted in and now has a video clip to accompany it.

*The duo Ian Axel and Chad Vaccarino who record as A Great Big World have enlisted Christina Aguilera to provided vocals to a newly recorded version of their recently released single ‘Say Something’. The appearance of Christina marks another beautifully restrained vocal performance and on the whole results in a duet that is both fragile, quietly tender and magnificently elegant.

*In 2010, Erik Hassle released a mighty fine album ‘Pieces’, which spawned the wondrous singles ‘Hurtful’ and ‘Don’t Bring Flowers’. This week saw the release of his new single ‘Talk About It’ which provides a series of chunky, reinforced yet delicate, sparse beats against an industrious lyric and enigmatic delivery. Absolute class.

*Frida Sundemo has unveiled a video for the tremendous ‘A Million Years‘ which appeared as a free download earlier this year and also on her recent Japanese-only album ‘For You, Love’. The simple visual captures the emotion and lyrical intentions rather perfectly.