Last night, we had the immense pleasure of seeing chanteuse extraordinaire BANKS perform live as she played a sold-out set at Shoreditch Town Hall. 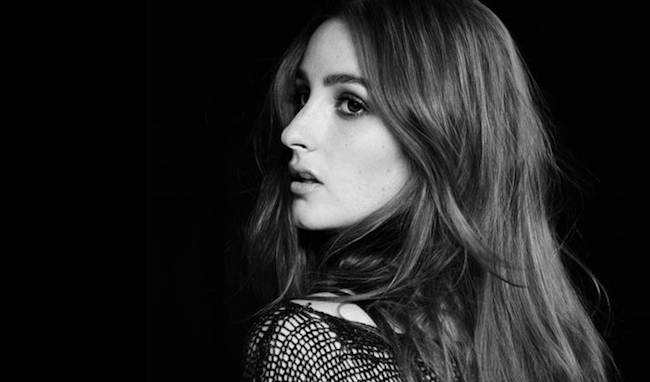 In under a year BANKS has revolutionised a unique and ever expanding sound, released a wealth of immeasurable material across two incredible EP’s and has cut her live teeth supporting The Weeknd on a mammoth tour, which is to continue with a series of impending dates across Europe.

Last night marked BANKS’ first headline date in the capital and it certainly was an occasion to behold. The venue was teeming with anticipation and excitement ahead of her appearance as BANKS is somewhat an enigma, quietly working away without pomp or elaborate gimmicks and largely shying away from social media (her online presence is in the main managed) and so it was an intriguing and interesting sense of occasion – how would those oft densely, multilayered programmed songs translate live on stage and how would the voice sound away from the comfort of the studio?

Stepping out onstage, BANKS appears as a figure of natural beauty – hair pulled back into a ponytail, a simple black top matched with a black three quarter length PVC skirt. Opening with ‘This Is What It Feels Like’, it was clear and that this initially timid and shy looking performer has much to offer – the vocal rang out as though a siren, a beacon of hope amongst the darkness – subtle, graceful, controlled and powerful, she carried the melodies and had a natural ability to use the fullest range with precision. Her natural freestyle movement came in waves as a reaction in chemistry to the rhythm and playing of her two band members. It was a synonymous encounter – all of the elements aligned and created something rather magical. 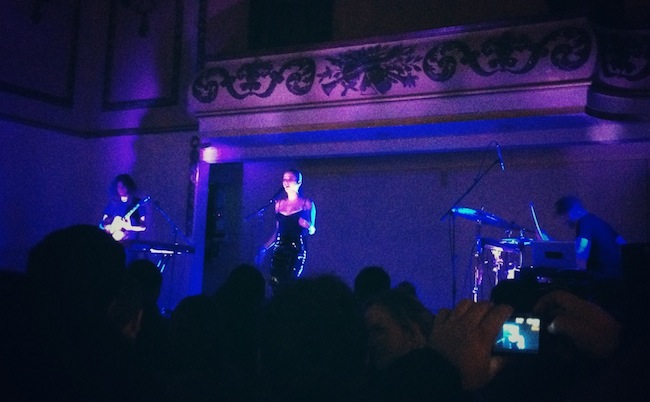 The aching beauty, the heartfelt longing and hopeful root of beginnings within the lyrical content shone through. Her rich, characterful vocal transcended with an honest, emotional connection and as she sang the words, it was clear that these songs have been lived however joyous or painful the situation. Exuded from the performance, was a sense of calm and a knowing insight that coloured her delivery, which can only occur through hindsight and from experience and it is this which makes BANKS’ material and her subsequent live performance so perplexing and gravitational.

Throughout the set, she interacted with the audience nicely – her speaking voice, surprisingly soft, sincere and gentle – she appeared genuinely touched and humbled by the gratitude and adoration she received. She spoke of Lauryn Hill as an inspiration and also of how she wrote her recently released EP ‘London‘ during a work trip to the capital, forgoing the previously written and recorded material in its place as a result of the creativity she felt.

Performing seven tracks of her own and a majestic and arresting cover of the Lauryn Hill classic ‘Ex Factor’, BANKS bravely played with, changed and adapted the sounds within songs to suit the occasion, for example ‘Fall Over’ began as a piano led song before blossoming into its full glory. Similarly, ‘Warm Water’ received a somewhat stripped back arrangement which benefitted given the various elements such as handclaps that were added as the song progressed. ‘Change’ was abound with additional sweeping, rousing flourishes whilst the ardent plea of ‘Bedroom Wall’ created a genuinely intimate and emotional moment.