Katy Perry has announced the initial dates and associated details of ‘The Prismatic World Tour’ which will begin in Belfast on 7th May 2014.

Tour support is provided by Icona Pop whilst Katy’s stage is to include a special standing pit titled ‘The Reflection Section’ which will see Katy getting up close to those lucky fans. 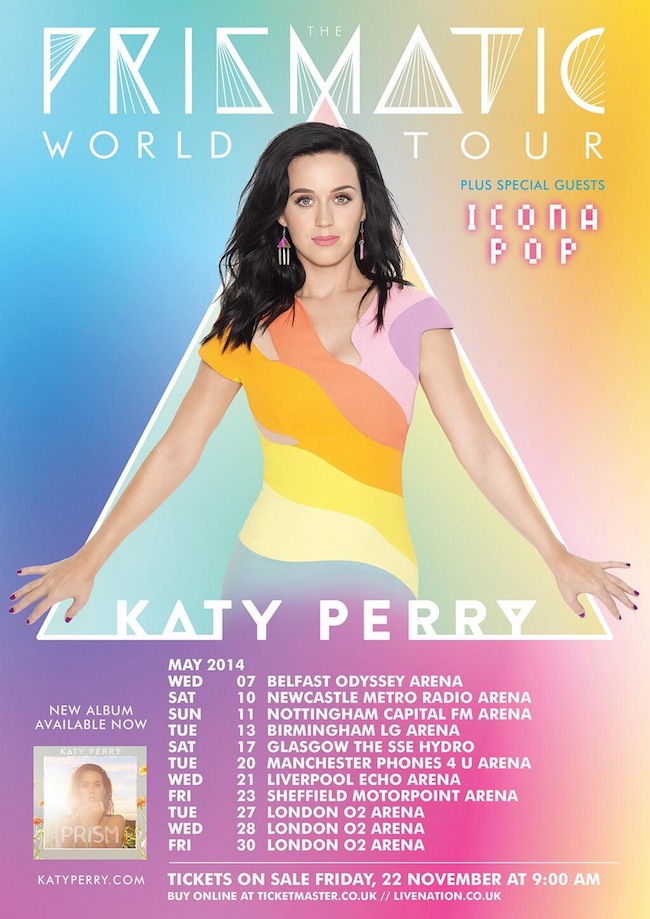 Tickets for the dates go on sale from 22nd November. Dates in other territories will be announced in due course.