Remember back in February when Beyoncé wowed everyone with that Super Bowl performance and anticipation was rife regarding the imminent arrival of her fifth studio album? Remember when everyone got all excited and in a tiz about the announcement of  ‘The Mrs. Carter Show World Tour’, as convention would surely apply here, an artist releases an album, then tours to support it, alas, this would not be the case. Then, do you remember the slight disappointment on opening night in Serbia in April when the setlist contained no new material and the arrival of a new album seemed inconceivable given the length of the tour schedule!

Well, it now looks like more procrastinating and waiting for new music as Beyoncé has announced a further series of live dates, a second UK leg, on what seems to be the never-ending ‘The Mrs. Carter Show World Tour’. 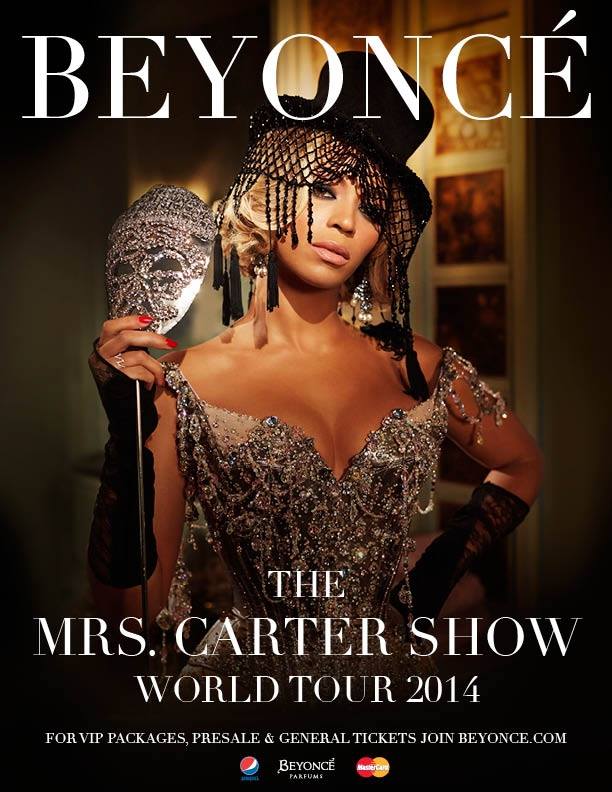 The live shows are set to run across February and March and go on general sale from Friday 13th December. Dates and venues include…