Here is the first five albums to be featured in an annual countdown of our favourite albums released in the UK during the year of 2013. 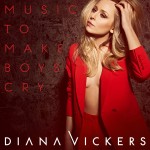 Diana’s second album followed after a lengthy delay, label changes and such like. The collection presented is a playful display of cutesy, fizzy eighties inspired electro pop tunes that largely erred on upbeat, energetic soundscapes – on the whole the sound presented was a cohesive display as opposed the varying sounds of her debut and ultimately worked, proving that Diana is an able and capable popstar. The subject matter is mostly youthfully carefree yet it is tinged with sadness which all combines and helps to provide the perfect vehicle for Diana’s unique vocal tones. 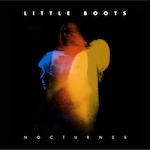 Victoria’s second album appeared in May 2013 after a lengthy wait following her much-lauded debut.  Yet, despite the delay, ‘Nocturnes’ is a more direct, polished and accomplished project – it offers a succinct stylized sound throughout and feels like a continuous exploration, entire album rather than a collection of tracks. The sound presented is also a step-up and is much more focused and rooted in euphoric dancefloor moments. Additionally, the album features strong lyrical stories of substance which elevate the body of work even further when compared to other pieces of work.

*Highlights: ‘Motorway’, ‘Broken Record’, ‘Every Night I Say A Prayer’ 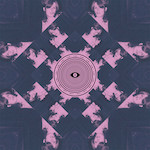 Harley Streten, released his debut album under the alias Flume in the UK in February after it was issued in his home country of Australia during the previous year. The record is a clash of genres, concepts and ideas all mixed together – there are wildly up-tempo feel good numbers cast against experimental downbeat and chill out moments. The recently released deluxe edition adds the use of soulful guest vocal as well as established Hip-Hop stars such as Ghostface Killah into the equation which demonstrate Harley’s mastery in skillfully blending styles, musical forms and techniques. 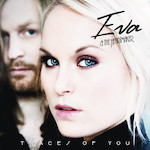 Norwegian, husband and wife musical duo consisting of members Eva and Thomas released their fourth album in early 2013. The pop gems that permeate throughout the album deal with love from the disappointment, loss and moving forward associated with relationships. The sounds captured range from sweeping heartfelt ballads adorned with regret to no nonsense pure electro power pop. The result is an irresistible listen that rouses and delights but also makes you shed a tear at the tender reflection. 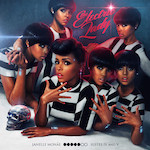 Janelle’s second album the fourth and fifth suite of a seven part Metropolis project followed on from the hugely successful and groundbreaking debut ‘The ArchAndroid’. Janelle once more extended the creativity and genre bending which once more blurred the genre lines between convention and the unexpected. The use of luscious orchestration, live instrumentation and lyrical themes and motifs that deal with empowerment and strength are a joy. Janelle’s powerhouse vocal is something to admire whilst the wide host of collaborators is also impressive with cameos from Solange, Erykah Badu, Prince and Miguel providing relevant additions.