The astounding, and incomparable Nerina Pallot is off on tour in support of her latest, magnificently brilliant album ‘The Sound And The Fury‘.

Nerina will play ten dates (which you can see below) across the country in April and tickets are on sale right now and are available here. 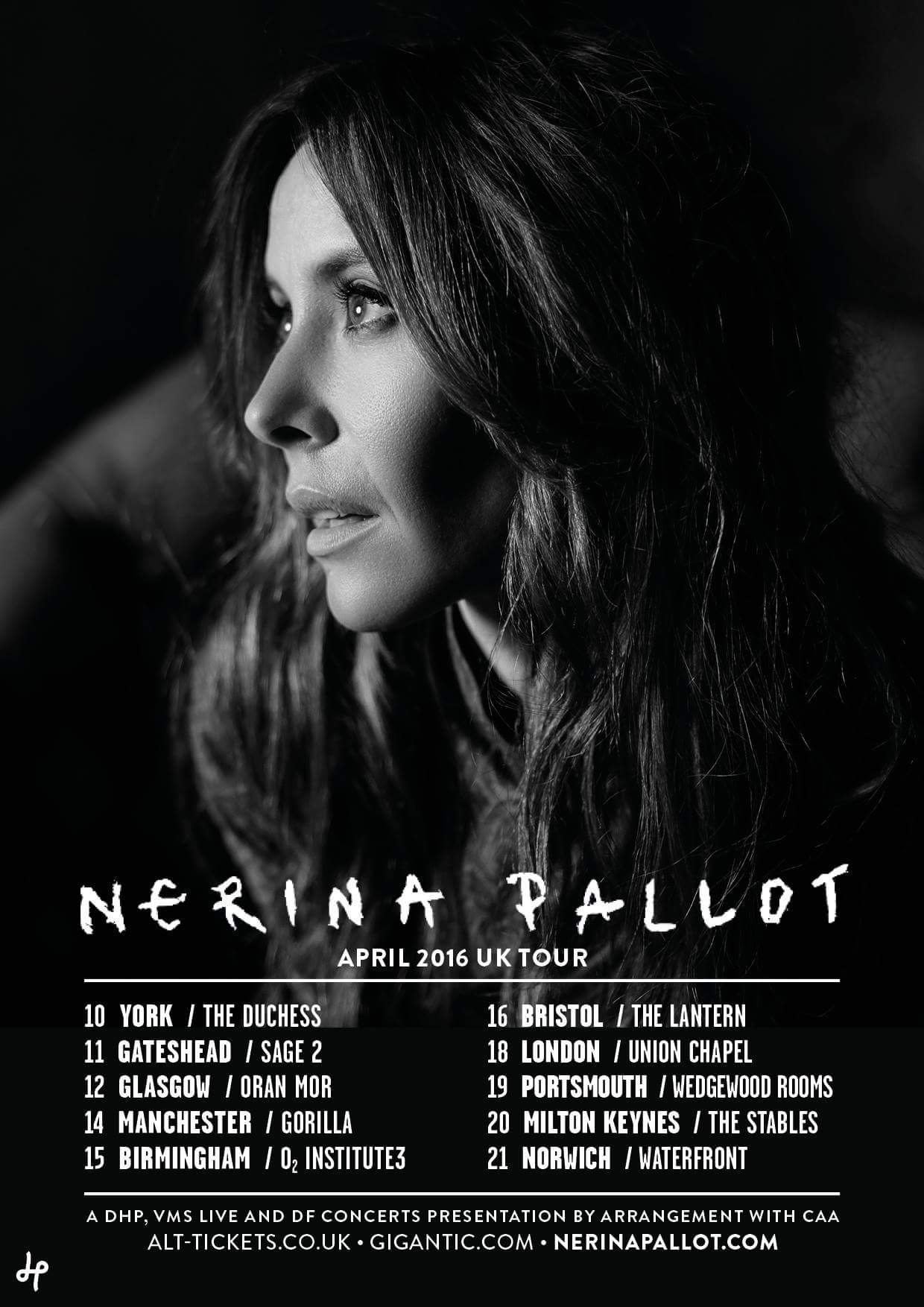 In other Nerina related news, she has a new single in the shape of ‘If I Had A Girl’, which is a rousing, observational commentary on the state of gender inequality. The video comes prefaced with the following preamble, which explores the intention and meaning behind both the song and its accompanying video…

“It features a man with the most extraordinary cheekbones called Max Allen. He can do things with a mascara wand, let me tell you. I chose not to be in the video, not because I am shy (although, believe it or not, I actually am) but because I wanted to make a point. There is not enough room here to elaborate fully on what this point is (there are in fact many points I want to make), but if any of you have read any Judith Butler – ‘Gender Trouble’ in particular – then you will be acquainted with the idea of performativity.

In short, I think of myself as an all inclusive feminist. (A bit like one of those amazing Caribbean holidays where you can drink daiquiris from the moment you wake, because, hey, it’s included in the price and why can’t you be drunk all the time on holiday. That’s what holidays are for, innit.) I am not inclined to argue that you are a higher status feminist if you are cis, nor do I think that men can’t be feminists either. I don’t think genitalia really comes into it. (Although genitalia is important, don’t get me wrong, I’ve found mine inordinately useful at times, and at times, somewhat inconvenient especially when I think about how much time I wasted while running a marathon because I was too shy to pee in public.) I also wanted to avoid the well worn cliché of ‘girl power’ – given that a very famous member of a very famous girl band who used that as their mantra now makes a (questionable) living designing clothes for women who basically need to starve themselves in order to fit into these garments. That, to my mind, is not girl power. That’s fucking torture.

So I decided to get a very beautiful bloke to be in the video. Because although the song is a gentle call to arms, it’s not about how awful men are. Misandry will never fix misogyny. Plus, I am terribly fond of men. They come in very useful for certain things, and I find them very pleasing to look at. (Especially Ryan Gosling.)”

A signed 7″ vinyl is available for pre-order and rather excitingly comes with an exclusive b-side titled, ‘Laura Jesson‘ and is available from Nerina’s Pledge store here.