The queen of all things, Beverley Knight has been forced to postpone her upcoming UK tour dates – sad face :(

A statement made across Beverley’s social media channels reads:

“Beverley Knight’s I ❤ Soulsville Tour dates, scheduled for the latter half of June 2017, have been postponed until October. This is due to Beverley having to undergo a medical procedure later this month, following diagnosis of Uterine Fibroids, a common condition amongst all women, more prevalent and often more aggressive in women of Afro-Caribbean descent. Doctors have advised surgery should take place as soon as possible to avoid escalation of complications. Beverley will need complete rest for several weeks after surgery in order to recover, after which she should return to full fitness. The dates have been postponed until October 1st-18th this year- see details below. All tickets will be valid for new dates or may be refunded at point of purchase. Beverley is very disappointed not be able to tour in June as planned but is looking forward to seeing everyone in October.”

Below are details of the rescheduled dates: 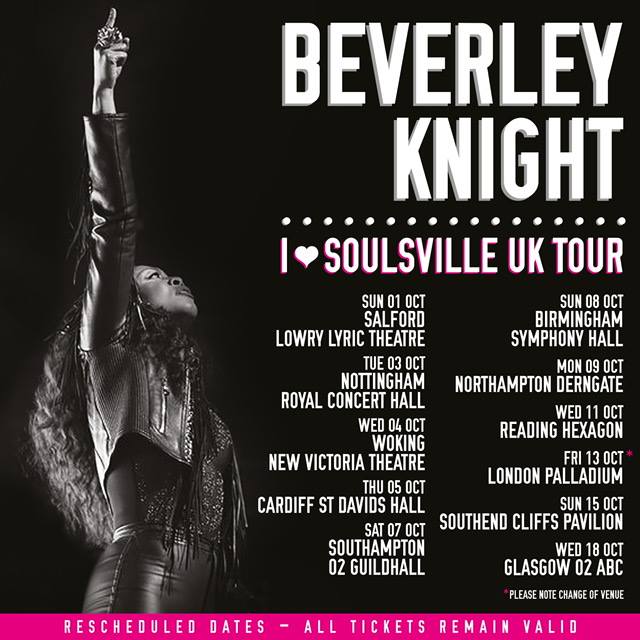