Following the announcement of a new single and album, Martine McCutcheon has now revealed details of her first ever tour.

Martine’s single ‘Say I’m Not Alone’ continues to be a what the youth might refer to as an ‘earworm’ – the big chorus, unapologetic attitude and rousing vocals – it’s clear to hear why it is garnered such support already.

The single is out now, whilst the album ‘Lost And Found’ is available from 11th August.

Martine’s tour takes place in the autumn. Dates and venues below, with tickets on sale now: 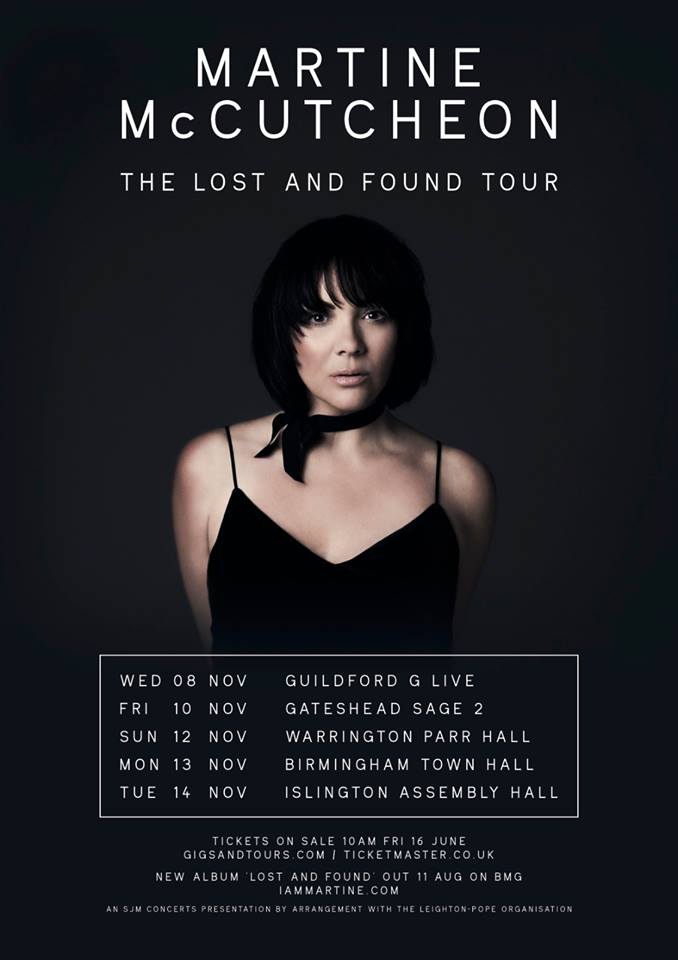